Here are the titles for each part, including the new ones. Each title is a quote from a character in that hour.

Here are the new ones:

Parts 10 to 12 have me intrigued. Laura is the one for what? Who warns who about going into a potentially dangerous scenario (after seeing Diane, I wouldn’t at all be surprised this is in reference to a conversation with Diane). Part 12 harkens back to FWWM in which the phrase “Let’s Rock” is written on a car. It’s also spoken by The Arm in Cooper’s dream sequence from season 1.

Laura Dern in The Last Jedi 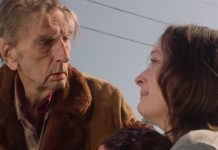 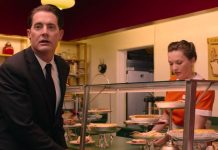 Laura Dern in The Last Jedi

One Ring To Rule Them All